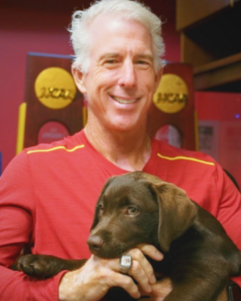 Joseph has been coaching tennis for 25 years starting from his homeland Philippines and was designated as the National Head Coach for the Philippine Tennis Association. Appointed Davis Cup Captain and Coach for 2001 Team and helped Philippines advance to Group 2.

relocating to Southern California in 2009.

Jun has coached tennis in the South Bay over 15 years and enjoys working with world class to beginning level players.  Jun worked on the Men’s and Women’s Professional Tour as a International Player Service Manager at YONEX for over 10 years.  He has been an active member of the International Committee (Japan Tennis Association) for over 10 years and High Performance Division (Japan Professional Tennis Association) for over 7 years.

​Peter has coached for the past 32 years, and started his first role as the youngest head coach in the nation at age 23.  Peter's love and passion for tennis extends through his family with all 3 of his sons having played for USC.

Cecilia has coached tennis at the Jack Kramer Tennis Club for over 30 years and enjoys instructing players of all ages and abilities.  Cecilia played on the Women’s Professional Tennis Circuit for 6 years, making over 10 Grand Slam tournaments while achieving a Top 100 World Singles Ranking.

Rylan Rizza grew up in the South Bay and developed into a top ranked USTA junior and touring professional at The Jack Kramer Club.

Trey has taught tennis at the Jack Kramer Tennis Club for over 15 years and enjoys instructing players of all ages and abilities.  Trey played on the Women’s Professional Tennis Circuit for 8 years, achieving a world singles ranking of #35, and making 24 Grand Slam appearances.

Kip has taught tennis at the Jack Kramer Tennis Club for the past 19 years. Growing up in a tennis family, Kip, his brother Kevin and sister Kara have started the famous Brady Camp which tours Southern California.  Currently serving as the Club's Advanced Juniors Program Director.

Frederique has coached tennis at the Jack Kramer Tennis Club for the past 19 years. She was born in the Netherlands where she developed her tennis career at the age of seven.  Frederique's passion is coaching childern the fundmentals of the game with proper techinque, movement, and fun. 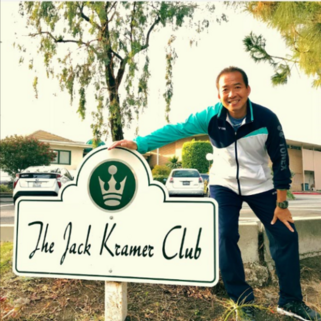 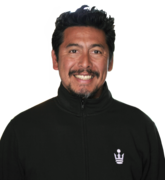